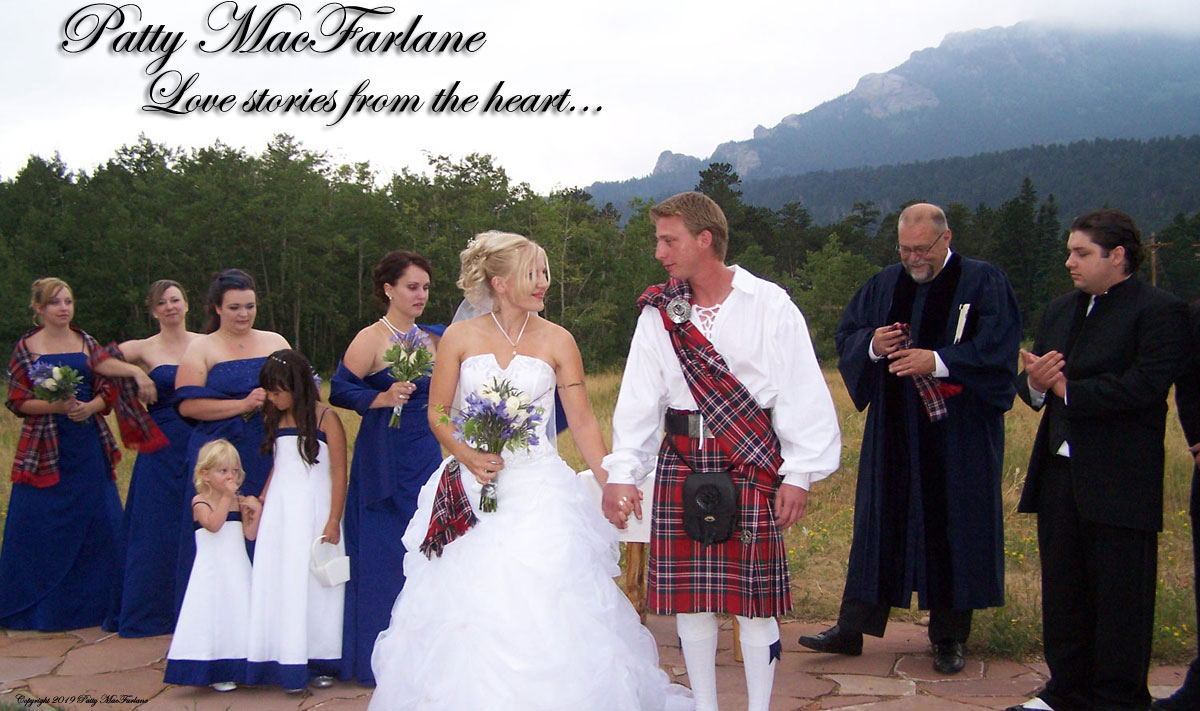 When I'm not writing or editing for other authors, leaning up against a tree reading, or making angels in the snow with my grandchildren. I am the proud mother of six children, a proud grandmother of 17 grandchildren, and five great-grandchildren. Until last December, this home was also graced by three wonderful dogs: two little dogs arrived when my daughter moved home, and I rescued a senior Golden Retriever from a puppy mill to give her a forever home. My beautiful Golden Retriever passed over the Rainbow Bridge just before Christmas.

Most days, I live a quiet life in Colorado with my daughter who moved home three years ago after she was diagnosed with MS. It's a joy when her granddaughter (and my great-granddaughter) Lilly is here during the week as she goes to school nearby.

The picture above was taken at my son's wedding near Estes Park, Colorado.

Peace to you and those you love,
Patty

P.S. During this difficult time, with Covid-19 infecting and taking down so many people we love and some we don't even know, if you can stay at home - do so. We are all in this together.